This forum is dedicated to discussing the development of a new application that can be used as the main medium for Ethereum community members to discuss, debate, and vote on proposals that affect the entire Ethereum network.

Currently, core devs make decisions on significant protocol changes. While they do seek out community input, this community input comes in the form of GitHub comments, Twitter, surveys, and medium posts. The current mechanism to gauge community input is incredibly amorphous and non-standardized. Furthermore, many ETH holders/Ethereum community members do not even know this process currently exists.

Even more concerning, this process does not involve quantitatively gauging the sentiment of the community. For example, in the ProgPOW debate there was no “vote” taken for the community and respective stakeholders (miners, dapp developers, etc.) to truly voice in their opinions in way that is comprehensive.

While a petition was made, a petition is not necessarily the best medium for gauging the sentiment of an entire community. A formal debate and voting process, where people could transparently see and vote on all the arguments that are being made in writing, would have been more productive.

What if there was a new application that became the main medium for community members to voice their opinions on major protocol changes? A place for people and entities building on top of Ethereum to debate ideas and even vote on those ideas so core devs have a more accurate quantitative understanding on what the community desires; an application that is developed solely to serve this need.

A sort of legislative branch to the core devs executive branch. Skin in the game (i.e. ETH holdings) could be required to participate and vote in these debates in order to align incentives around seeking out the best solution to the topics being discussed.

My name is Mattison Asher, and I am incredibly interested in working with other community members to build this new Ethereum social governance medium. Would love to hear everyone’s thoughts. My email is mattison.asher0@gmail.com.

The Decred community uses a pretty cool platform called Politeia. Do you think it could/should look something like this?

@lrettig thank you for pointing Politeia out!

I think Politeia is a terrific start, though could be significantly improved upon and adapted to better fit the Ethereum community.

What Politeia Does Well

What Could be Improved Upon

In short, I think something like Politeia is a good base/example to start from, but believe this new social governance layer for Ethereum could be a far more effective tool for aligning the Ethereum community.

This new application could even have a time slot at devcon where some of the most pressing topics in the Ethereum community can be debated by key leaders. The conversation can then be uploaded onto the application so people can watch it as they continue to debate the topic prior to voting.

I see, that can be definitely discussed upon. I appreciate your feedback. Updates regarding the concern will be posted here.

Let me know if I can be helpful in any way, as I am incredibly passionate about seeing something like this be developed for the Ethereum community.

I like your proposal. As I see governance-related topics don’t receive much attention in general until a hot topic comes up like ProgPOW.

I couldn’t agree more. Having this sort of application in place will give the Ethereum community the tools it needs to reach a more comprehensive social consensus around governance topics that deserve attention.

Having a process for people voicing their opinion on a topic effectively would make the community feel an even stronger affiliation towards Ethereum.

Additionally, better to have this application in place before the next contentious debate (whether it be on ProgPOW or something else) so that the community has a way of effectively voicing their opinion on these contentious issues that can be quantitatively measured.

Maybe @souptacular could chime in here

He’s worked a lot in this department.

Thanks for tagging me @adamschmideg!

I think ths is a great idea @masher. There have been many people come up with ideas of this sort who either lose interest or get too busy to pursue it so I’m happy to connect you with others who have brought together similar ideas so we can collectively work on execution once things are fleshed out.

I sent you a DM, but feel free to also email hudson@ethereum.org (that goes for anyone interested in being connected to the people I reference in the previous paragraph). I will also send them to this thread to keep things open and neat.

This would be very useful.

@edsonayllon thank you for the affirmation! Couldn’t agree more

@masher this is a great write-up! It is important to very clearly describe the problem, which I often describe as a protocol decision process which lacks coordination and full representation from stakeholders (perhaps more a qualitative problem than quantitative).

Such a governance layer has been discussed widely (usually it is on Twitter in recent years). Often efforts get hung up 1. age old and somewhat circular discussions of the nature of governance, and 2. apathy.

Formal democratic governance of the protocol and related tech is not likely at this point, but something more than what is accomplished in the EIP process and core devs calls is needed for legitimacy and representation. Still, the current process, particularly for advancing the protocol and maintaining the health of the network, is functioning fairly well IMO.

What can happen “now” is to organize people and build structures for gathering logic and measuring sentiment, and to do this around key issues. Such a process can then iterative gain legitimacy.

Another one being looked at by some in the community is kialo.

This software is being used for civic participation in Taiwan by Audrey Tang (an open source dev and government minister who spoke at Devcon5). 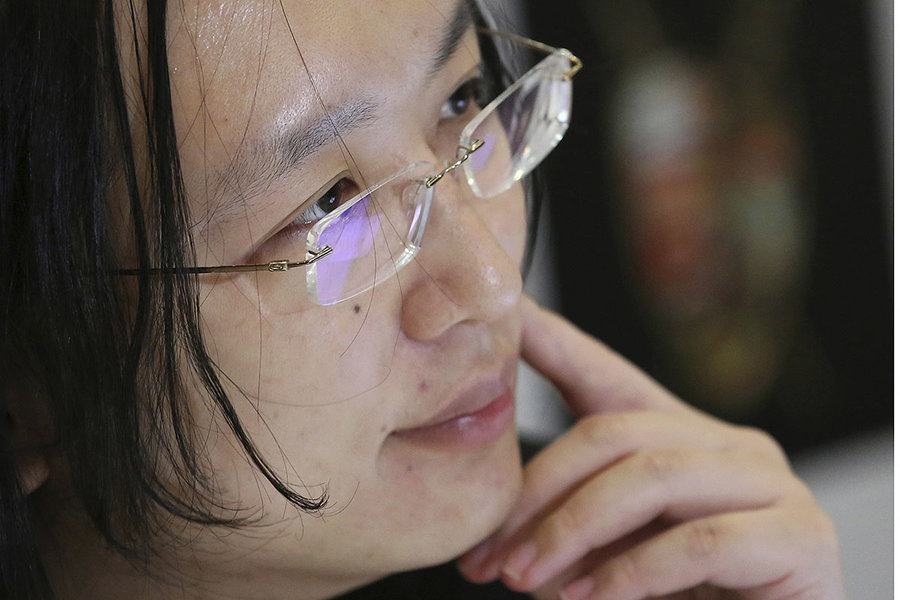 The web’s a threat to democracy? Think again, Taiwan says.