What are the goals/purpose of Ethereum?

I’m new to all of this so please forgive my ignorance. I just wanted to put some fundamentals to the community in order to better understand things. The first is in the title, does Ethereum have an overarching goal or purpose?

Maybe I’m incorrect about this, but the big revelation I had (10 years too late) was that compute power is the new money printer in the 21st century. ETH 2.0 seems to be moving away from this with PoS. My second question is how will ETH be created in ETH 2.0? On a side note the barriers of entry for staking in 2.0 seem pretty high, and that’s coming from what you would call a very lucky westerner.

I do have a few questions about PoW, but I’ll leave those for another post. Regarding that though, it seems to be a fundamental requirement of a decentralized currency. Coming from a humanitarian perspective, PoW seems fundamental to the largest opportunity for good. It at the very least drives growth of decentralized computing powered by renewables. It seems to me the real world changing cryptocurrency will be the one that is “printed” by all citizens globally, most likely on all types of hardware. It’s seems if Ethereum wanted to grow as a currency it would expand mining, not get rid of it.

My final question is regarding the title “World Computer”. Why is it called that? I appreciate it is a giant global network of computers. Can it do any useful work beyond mining and validating? It seems there would be opportunity to use the “world computer” in times of need when great amounts of compute power are beneficial, like say a vaccine. Thanks for your time, and I look forward to hearing back.

Obviously each person will look at Ethereum and see a different set of uses, but the original White Paper is instructive:

An introductory paper to Ethereum, published in 2013 before its launch.

“Validators who correctly propose and attest to blocks will receive a reward of ETH as a percentage of their stake.” – Ethereum 2.0 Staking — The Risk and Rewards | by Neeta Gupta | Akeo | Medium

ETH 2.0 seems to be moving away from this with PoS.

The compute used in PoW is not directly useful compute. It’s signalling network loyalty by waste of resources to solve a difficult cryptographic proof. The same thing can be achieved by risking a large amount of funds. The network wouldn’t want every “lucky westerner” to stake without fear of consequences. The high barrier to entry means node operators are vigilant.

I think there are similar ideas in nature: 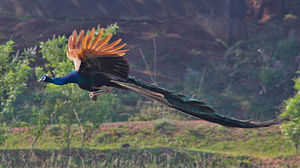 The handicap principle is a hypothesis proposed by Amotz Zahavi to explain how evolution may lead to "honest" or reliable signalling between animals which have an obvious motivation to bluff or deceive each other. It suggests that costly signals must be reliable signals, costing the signaller something that could not be afforded by an individual with less of a particular trait. For example, in sexual selection, the theory suggests that animals of greater biological fitness signal this st The hand...

Useful compute work can still be done on Ethereum by use of contracts with execution paid for by gas (more ETH).

There are also projects on Ethereum that directly let you rent compute: https://www.golem.network/

As well as rent storage: https://filecoin.io/

So yes, Eth can do useful work by those methods above (contract execution, golem, etc) whereas I consider mining not useful work except for securing the network… and that can be done with proof of stake.

Thanks for the response. My posts have been generally misinformed/uninformed, the more I learn about it the more exciting it is. Handi-cap principle is interesting. I Definitely now understand that PoW should for the most part disappear. PoS is the way for sure, the ERC20 tokens address the accessibility issue. The only thing I think that matters long term is that there are accessible ways to join the network, that means accessible ways of generating value that you can then build upon. I’m sure ERC20 tokens will come up with all sorts of ways to distribute and generate value for more and more people.

My guess would be that Ethereum eats Bitcoin first as it becomes more obvious that they are vastly different things, one being much more useful than the other. Perhaps it will continue to exist as a store of value, but I see that going to ETH and the ERC20 tokens being what actually gets used for the majority of day to day trade.