The Scrolls of Stateless Ethereum 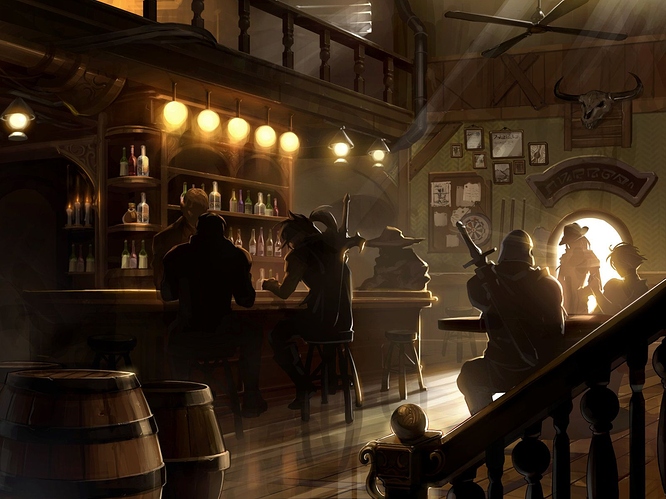 Greetings, weary traveler. Welcome to the Leaky Abstraction Tavern. Can I interest you in a pint of ale? How about lodging? In these times of plague it’s helpful to be cautious but I assure you, there’s no danger here. Many such as yourself come to this safe haven to stock up on supplies and plan for the next adventure. Why, just last night there was a large group meeting for that very purpose. I normally leave people to their own business, but I happen to know they are seeking capable souls to join them, and the quest they are discussing strikes me as one you might be interested in.

They started arriving a few weeks ago, from distant lands. Palladins, Mages, Druids, and even a few elven Rogues have put up here in this town to discuss a matter of grave importance for the entire realm. They believe that the Ethereal plane faces a great challenge in the future, as a result of the burgeoning vitality of men and creatures that it supports. Forgive me, but I am not well versed in the language of wizards; I can only recall that they discussed with great gravity the problem of “state bloat”, and how if left un-checked, it would eventually un-do all that we have sought to create since the genesis block itself. So they have formed an initiative to save the chain from an uncertain future, and usher in a new era of prosperity for all Ethereum.

Well, since you have turned up here, you must have at some point heard the legends foretold in the Scrolls of Stateless Ethereum. You have not? Well, let me tell you what little I know. I do love re-telling the creation myths.

Our world is a young one in a vast multi-verse. Long before we existed, Ethereum was merely an idea, floating in the primordial soup of the first and second webs, no different than the countless memes that live and die in that ephemeral space. The creators of our world sought to follow the teachings of a mysterious sage known as Satoshi, who discovered how to combine two forms of arcane magic called ‘cryptography’ and ‘economics’. Using the magical primitives, the creators forged the genesis block, and in doing so created all that you see before you, from the Mountains of Merkle to the Plains of Keccak. Like all magical worlds, ours is built from these first principles. The fundamental rules of Ethereum are shared by all who inhabit it, and upheld by those who participate in the great consensus. Some believe that these rules are as fixed as the stars in the night sky, unchanging by the divine will of the protocol. But this is not the whole truth. We Ethereans have the power to change the very fabric of our reality; to improve it, even. So long as the great consensus is held by all, our world is what we make of it. I’m sure you’ve felt the effects of the rite of the hardfork, performed on occasion by the protocol priesthood.

The Stateless Scrolls foretell a change to the base protocol – one that would usher in a new epoch for Ethereum, and a prosperous future for all its inhabitants. The scrolls describe a number of quests that Ethereans must undertake, in order that the protocol may be changed by rite of hardfork. There are many tasks at hand. Magical artifacts to be found, uncharted wilderness to be crossed, cunning trolls to be slain, and entire kingdoms to be convinced to join the noble cause. Some consider the stories to be no more than artful fantasy, for the quests seem too daunting for any single hero to undertake. But I have it on good authority that the Scrolls of Stateless Ethereum are more than myth, and I have faith in the power of collaboration and the skills of this new band of heroes.

Wonderful! You’re certainly not too late. The group has been meeting for some time, but I know that from the very beginning they have employed a scribe to keep a record of their discussions and plans. Perhaps it would be a good idea to ask him for his records and familiarize yourself with their contents, or see the related texts I keep on the bookshelf by the fireplace.

The next meeting will take place soon, on Tuesday, March 24th, 2020 16:00 pm UTC in the hall of Zoom, but you will need to procure yourself an invitation to attend. Try contacting @gichiba or @JHancock by raven and I’m sure they will send one to you.

Now, how about another ale?