The Chinese government did what Devs could not do

It is refreshing to finally see ASICs being kicked off the network thanks to the Chinese ban on mining. Sparkpool has gone from 167TH on 6/8/2021 to 87TH today. There will be more coming off the network and with 1559 and POS around the corner, I do not expect redeployment. Indirectly the devs have made this possible due to 1559 and POS so I would like to thank them for making it happen. Thanks for keeping faith with the founding yellow paper and removing the “plague” of ASICs from the network. 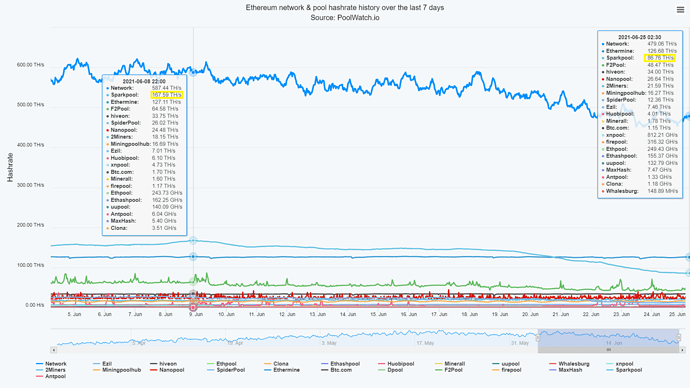 It is temporary. Mining rigs are finding new locations to get rebooted. They may apprear in other mining pools though.

Big win for GPU farms in China (no it’s not)