@econoar posted a thoughtful summary and retrospective about the situation around ProgPOW. There are a lot of good ideas here; let’s have a discussion! 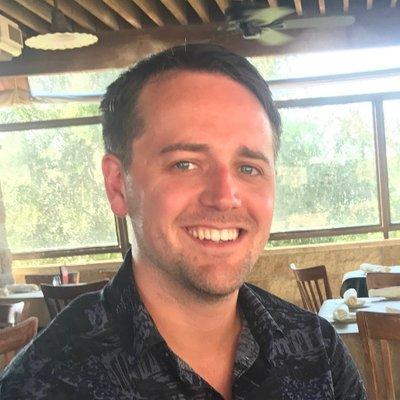 Takeaways from the ProgPoW Situation - HackMD

I agree with this idea about needing a standard format for “discussing an EIP” beyond technical feasibility or network health. The discussions here on the EthMagicians Forum are generally technical in that way; this is the reason they are often linked to from the EIP itself.

But I get the sense that @econoar sees a need for discussions about implications outside of the purview of the core devs, e.g. how a decision would affect various stakeholder groups. Such discussions may not tbe echnical, and having them on EthMagicians may even bias them.

Each community group could host such discussions on their own Discourse forums, e.g. “investors” or “app developers”. At some point, a consensus opinion is reached, resulting in a position document. A dissenting opinion from that community might also be useful.

The resulting position document would then be submitted as an Informational EIP, possibly even linked to from the EIP itself. This way, the core devs can review it. Having such positions filed would help them understand the wider implications of an EIP, and also gauge sentiment.

An issue may be that a community group is not large or well-funded enough to host their own Forum. Discourse forums do require a critical mass of usage to be worth the trouble and cost.

It would be helpful to have some neutral domain name w/ a Discourse forum set up w/ permissions, topics, etc. to enable individual groups to use it for their discussions. The aggregate use would then justify the overhead.

Here is the entirety of my post so that people can quote specific sections of this thread.

Takeaways from the ProgPoW Situation

While the community continues to debate the ProgPoW situation, I think it’s important that we take a step back and ask ourselves how we got here and how we can improve. I wanted to add some thoughts around how I think as a community we can do better. These suggestions require buy in from various people and stakeholders in the community and there is no single person or group responsible for making this happen. Suggestions are made below for how we get there as a community.

For those not aware, an EIP is an Ethereum Improvement Proposal which suggests an improvement to the Ethereum protocol. Anyone is able to create an EIP by following the standards laid out in EIP-1 and once it’s drafted it enters a defined process.

The situation the community is currently stuck on is “how do we handle a contentious EIP?”. EIP-1 actually lays out some ground rules around this:

The EIPs process and AllCoreDevs call were not designed to address contentious non-technical issues, but, due to the lack of other ways to address these, often end up entangled in them. This puts the burden on client implementers to try and gauge community sentiment, which hinders the technical coordination function of EIPs and AllCoreDevs calls. If you are shepherding an EIP, you can make the process of building community consensus easier by making sure that the Ethereum Magicians forum thread for your EIP includes or links to as much of the community discussion as possible and that various stakeholders are well-represented.

In short, your role as the champion is to write the EIP using the style and format described below, shepherd the discussions in the appropriate forums, and build community consensus around the idea.

The above sounds great but is much more complex in reality. I think this step of the process has major flaws:

So to summarize, we have 4 problems we need to attempt to fix:

I don’t think we can ever make Ethereum governance perfect but I do believe we can do better. Below are my suggested improvements to the above problems.

Informing the community of the EIP pipeline

I think a lot of our problems can be fixed via better up front communication. We all think each different group in Ethereum lives in a bubble but the reality is the EIP process itself is a bubble! Only a handful of people understand it and tune into calls. Forcing debates to the end of the process is not good.

In reality we have the following stakholder groups in the community

Very few of those groups are informed or tuned into the EIP process. I don’t think we can really blame them either as there’s so much information to consume in this space, most are at their max. Allowing people to “subscribe” to consolidated information would go a long way. My suggestion is that some person is responsible for:

Require a standard for discussing EIPs

While the above alone is a great improvement for communication, we still need a place to discuss each EIP across the community. Just posting on the Ethereum Magicians forum is not enough. Given the above user groups I suggest the author is required to create posts on:

The content across each can be the same so it’s just about posting it multiple times.

I won’t act to have the perfect solution of how this election is done but I think each user group outlined above should have someone on the ACD calls to take notes and speak for that community if needed. MolochDAO is already discussing hiring someone for the “user” group. This person should have read all the relevant EIP information before the calls and be in tune with the community on the feedback given.

Attempt to set some base standard of signaling mechanisms

Perfect is the enemy of good. While we can never perfectly judge sentiment, I think different community groups have decent ways to judge sentiment. For example:

I don’t have all the answers here but I think we could start incorporating some of these signals into dashboards of some sort that go along with the EIP process.

I’m happy to discuss this with any party that thinks they can help out here and am willing to help fund efforts via Moloch, Gitcoin Grants or whatever it may be.

Define some threshold of consensus required to approve an EIP

This is the trickiest one. We are never going to be able to definitively say we have an exact measurment on consensus in the community but that’s OK. The core dev process refers to “rough consensus” which I think is fine.

I still think we should set in our minds what that exact threshold would be if we could measure.

In my opinion, it’s around 80%. Meaning, if we could perfectly measure sentiment, to make a change we should have 80% community buy in to make it and anything lower would put the network at risk of split. I’m sure opinions vary here wildly.

I’ll expand on any of the following points of feedback if desired, but I have written lots about each in the past so I’m going to keep this terse for now:

I strongly agree with the sentiment that miners don’t get a vote just because they’re miners (if they’re also users / devs / investors we should consider their preferences as part of that group). It is unfortunately a common idea that giving miners what they want is important (it was part of the initial justification for ProgPow – that we were reducing issuance from 3 to 2 so we needed to give miners the gift of ProgPow to compensate them). The network pays $X per day to miners, which causes miners to spend ~$X per day to secure the network. This will happen regardless of whether miners are happy or sad.

I don’t think that all sentiment analysis solutions without KYC are totally broken. If you have some minimum reputation threshold you can defeat most brigading / Sybiling and get a decent signal. For instance if you look at the top 1000 most influential users of hive.one in the Ethereum category, I think them being 80% against something is a pretty solid signal. Even if @antiprosynth is actually Vitalik and thus Vitalik is cheating the system to get two votes.

Agree that democracy is terrible. Most people don’t have an incentive to vote or inform themselves, leaving them vulnerable to special interests / manipulation.

I’m pretty bullish on allowing people to trade fork futures before a potential fork as an additional signal of which side has the most support. The basic version of this could just be an Augur or Gnosis prediction market, possibly subsidized.

Also agree with the comments that miners are not supposed to have a vote on controlling Ethereum. Why? Because the Ethereum social contract is that mining goes away, and if we give them a share of governance that can’t happen.