loredanacirstea has submitted a PR to EIP-1 proposing a selection process for EIP Editors.

There is also a Medium write-up of this change, as well as a proposal to improve the EIP process itself.

In addition, I am working on a decentralized solution to randomly assign editors to EIPs and keep track of their work . My work, in its very early stages, can be found at https://github.com/loredanacirstea/eip-process.

The proposed improvement to the EIP pipeline involves a dapp and an approach to ensure attention on each EIP, “randomly assigning editors to Ethereum EIPs and keep track of their work.” 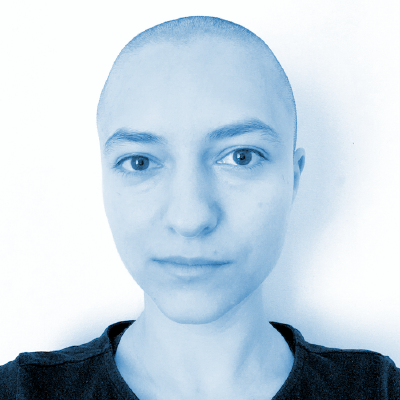 Process for randomly assigning editors to Ethereum EIPs and keep track of their work. - loredanacirstea/eip-process

@loredanacirstea thanks for kicking this off. To recap, in the linked GitHub issue, several of us suggested that more process wasn’t needed, but rather just doing the work of regularly reviewing EIPs & ERCs.

Basically, I believe the issue is actually recruiting knowledgeable people and asking them to commit time to do the work — not handing someone a title.

If there were a line up of people begging for editor titles and/or tons of people consistently reviewing — this might be needed.

If it were me, I would put effort into recruiting more people rather than adding process that it’s unclear what it solves.

Here are some quick thoughts on ideas that might grow participation / how to participate more:

Run “what is an EIP / how do EIPs work” sessions at various conferences.

Use GitHub issues for more categorization:

Related — I still have a PR in to add a full RSS feed of all EIPs. That handles them when they hit Draft on the website, not when they first get added to GitHub.

Anyway, the main thing is getting more humans involved. The bar for helping to correct EIPs into Draft is quite low. The next step of reviewing the technical content is probably about cross posting an announce here to the forum and promotion.

Also: I think Core EIPs have way different issues, so a lot of this mainly applies to ERCs.

Thanks Boris for constructively polling the idea of campaign.

Can I add that:

It seems according to this issue comment that “Editor to check technical soundness” is not a consensus.

Then can I say that at least “someone”(or some defined or undefined group of people) have to check / vet on technical soundness of an EIP - (is that a consensus?).

If that’s a case, we might also need to add a role / rule for checking that.

I propose, for tech soundness, if at least one EIP-final status author of same category step up and say LGTM for the technical soundnesss, and within the time range of last call no obligations,

That is a different discussion.

The process of getting EIPs to “Accepted” is the domain of the Core Dev process for Core EIPs.

Otherwise, for ERCs, it’s no “over my dead body” complaints during the “Last Call” period.