Due to technical challenges and uncertainties of ETH2.0 with sharding, a fully functional ETH2.0 network may take years to complete, while the blockchain industry is hungry to have the Ethereum network with greater scalability. The EIP proposes an alternative ETH2.0 without sharding - a single Ethereum chain with minimum modifications to support greater scalability. The performance goal is that after the upgrade, the network can support 1000+ TPS with 100M+ (or 1B) accounts on a commodity PC with decent storage (~ 500 GB) and network connections (~ 1Gbps). We hope that with the upgrade, the network is able to serve the near-future blockchain needs in 5-10 years.

Note that it differs from 1.x in that it requires significant changes in consensus and ledger model. Further, it does not conflict with existing ETH2.0 sharding work, which can be promoted to ETH3.0.

As of UPGRADE_BLOCK_NUMBER, we will re-genesis the network and start the ETH2.0 without sharding with the following components:

The proposed ETH2.0 will adopt a flat KV storage as its state, where the key-value pairs of the storage are like:

Note that, unlike the current ETH1.0 model, which maintains multiple versions of the state, the proposed ETH2.0 only maintains a single version of the KV-paired state of the latest finalized block. Since the proposed consensus engine (modified TM) is forkless, we will only commit KV writes to the storage when a new block is finalized by the engine and thus without worrying about undo the KV operations due to chain re-org.

When an unverified block is received from a peer, a tentative execution of the TXs of the block must cache the results in memory, where the results are a list KV operations like

E.g., a block with a balance transfer from addr A to addr B, will result in the list as

The hash of the KV operation list will replace state root hash in the block header, and the hash value in the header of an incoming block must match the local hash value after the tentative execution. This makes sure that, as long as the block is verified and finalized, all non-Byzantine nodes will have exactly the same state without maintaining an MPT.

Periodic Snapshot of the State

When committing the TXs of a finalized block with height k * BLOCKS_PER_SNAPSHOT, the node will use the underlying DB snapshot feature, e.g.,

Note that we do not specify which trie to calculate the hash and according to the Turbo-Geth result, the MPT itself may be good enough - it just takes a couple of hours to calculate the hash (see stage 6 and 7 in here). Assuming the BLOCKS_PER_SNAPSHOT will last at least a few days or weeks or even a month, the extra computation cost of the snapshotting should be negligible.

We discuss the potential bottlenecks of the proposal in the following areas:

A client of ETH2.0 without sharding can maintain the following data:

Sum up together, the storage cost should be ~ 500GB.

When a new node joins the network, it can quickly become a full node by running the following steps:

We are testing the performance of each component with Tendermint and flat KV. The early result on flat KV is very promising - without consensus cost and using Ethereum mainnet data with ~100M accounts, we could achieve 4.5x performance improvement with about 2500 TPS. Note that our implementation of the flat KV based EVM can completely replay existing mainnet TXs including all smart contract TXs. We will soon open-source the code and more results.

By reusing existing components such as Tendermint and the support from the Ethereum community, we hope that a stable testnet achieving the aforementioned performance goal is available in a year.

Upon receiving a new block, a node can immediately detect if the sender peer has the same state as local by comparing the hash of the KV operations of all TXs in the block header with the hash of local execution results.

Part of the flat KV idea is from TurboGeth.

This proposal should be cross-posted to EthResearch if it hasn’t been already, the folks over in the research community would be able to provide additional insight and better feedback.

While I can’t comment very usefully on your proposal, in terms of classification under EIP-1 it would likely be “Informational”. There is no process to come to consensus about the greater direction of “Ethereum”, only separate, localized ways for stakeholders to come to consensus on Eth1, Eth1.x, Eth2, each sidechain and L2.

This is recently illustrated in the submission of EIP-2982 / Eth2 Phase 0 specification. This underwent years of R&D, prototyping, testing, etc. and then was not classified (and could not be classified) as a Core EIP, and will instead be submitted as an Informational EIP.

Thanks for the suggestions. Just change the EIP classification from “Core” to “Informational” in github issue. I also posted it in EthResearch here.

Eth main net should be made faster without shards that introduce incredible complexity!

Skaled implements many of the features discussed here including:

And you can run it now! 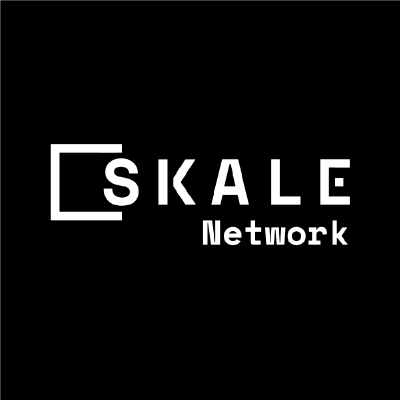 Super! I am glad to know that skale is working in the same direction for solving the scalability problem!

I take a look at the repo and come up with a couple of quick questions:

I really believe that this set of technologies (flat KV + fast finality PoS + snapshots + fast bootstrapping) should be the future of blockchain. Will definitely love to learn more and put all the values together!