Simple on-chain communication between EOAs is made possible by transferring EIP-3754 NFTs with unicoded tokenIds in a batch as proposed in this standard. This is particularly efficient and useful for emojis and languages that are based on logographs . Examples include hanzi in Mandarin, kanji in Japanese, hanja in Korean, and etc. Many more applications are opened up for speakers of these languages as by-products.

A logograph is a written character that represents a word or morpheme, whereas a unicode is an information technology standard for the consistent encoding, representation, and handling of texts. A vanilla NFT by EIP-3754 with tokenId being specified as a certain unicode can be used to represent a logograpic character on-chain. This standard aims to combine the two and introduce the necessary functionalities for batch transfer and representation of vanilla NFTs. As a result a new language system can be opened up for on-chain representation of logograpic languages.

This is particularly valuable for logographs because a rich amount of meanings can be transmitted in just a few characters. For non-logographic languages, although the same unicode standard can be applied, it is not providing significant additional utility to be practically useful. Emojis are similar with logographs and can be included as well.

A motivating example is instead of sending the two Chinese characters of the Great Wall 长城, two EIP-3754 tokens with ID#38271 and ID#22478 that are the corresponding decimal unicodes can be sent. The receiving end decodes the IDs and retrieves the original characters. A key point is the ordering information matters in this scenario since the tuples (#38271, #22478) and (#22478, #38271) mean 长城 and 城长, respectively, and both are legitimate words in the Chinese language.

Besides, in the eastern Asian culture, characters are sometimes considered or practically used as gifts in holidays such as Spring Feastival, etc. (#24685, #21916, #21457, #36001) 恭喜发财 can be used literally as a gift to express the best wishes for financial prosperity. That said, logographs do possess
the nature of an asset, which is well resembled by this standard.

What is even more interesting is in that culture, people consider ancient teachings, poems and proverbs as treasures which are usually written in a concise way such that a handful of characters can unfold a rich amount of meanings. Modern people now get a chance to speak to the future generations by sending tokens.

If I understand correctly this EIP is to standardize using a subset of unicodes in a specific order to create phrases.

Are phrases unique in a contract? If there isn’t a uniqueness constraint on phrases per contract, could this be done in a single contract?.

As an aside, there was a recent NFT project of unicode characters. 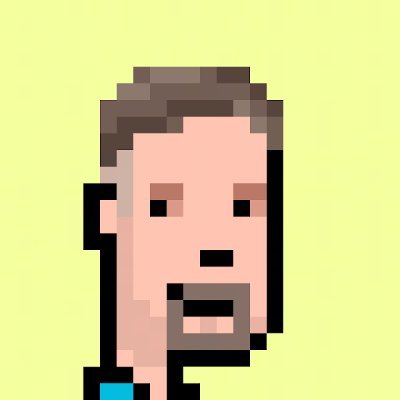 Hey @abcoathup, thanks for the questions and info.

Lately I came to realize a bigger problem that there is a lack of direct and meaningful communication between any pair of EOAs can be solved by this standard. The general idea is yes, characters of unicodes, which may or may not be all unique due to overloading of meanings for certain characters, can be grouped as phrases or short sentences in a fixed order. Tokens of such unicodes can be sent in a batch as a means of communication. Phrases may be stored as a tuple in a contract, and tokens may get sent again just like regular NFTs. So there is some duplication. By saying phrases, I was really thinking about just a handful of characters. It can be 4, 2 or even just 1 character. A unicode like 24065 can be decoded as token, coin or currency depending upon the context.

It may not be fully possible with today’s infrastructures, and a dedicated wallet or wallet funcationality might be needed, besides, you were right that gas fees can be a big barrier for practical applicability, but I think that’s why logographs are shining in this scenario and there is more value to be explored in this direction.

For EOA communication, some people use input data in a transaction, see: https://etherscan.io/idm

I’ll be following to see if what demand there is for a token messaging standard.