The delay is 500,000 extra blocks from the previous delay.

The adjustment is less than would be expected because the difficulty is so much higher today than previous adjustments.

There is a script in there as well to play around with cr: @vbuterin

It will be helpful to re-run the numbers from time to time as the difficulty changes to make sure we are on target. A severe drop In difficulty could lead to increased block times seemingly out of nowhere.

The block prediction in the formula isn’t very accurate. I am rerunning the simulation using a targeted specific block number. https://etherscan.io/block/countdown/13766666

@MadeofTin could we perhaps add 200,000 blocks to the delay to get one extra month?

As per your comment on Github we would start to see the bomb go off in November:

I personally would feel more confident if that first delay started in December vs. November.

This commit addresses my concern above.

I backtested for all of the times the difficulty bomb was first visible.

This confirms the bomb should be seen when the Coeff reaches 0.1

This is because the difficulty bomb steps up only ever 10,000 blocks.

This is great, thanks!

Small ask: could we change the name of the EIP to " EIP-3554: Difficulty Bomb Delay to December 1st 2021" so that it just mentions the month and not specific day? 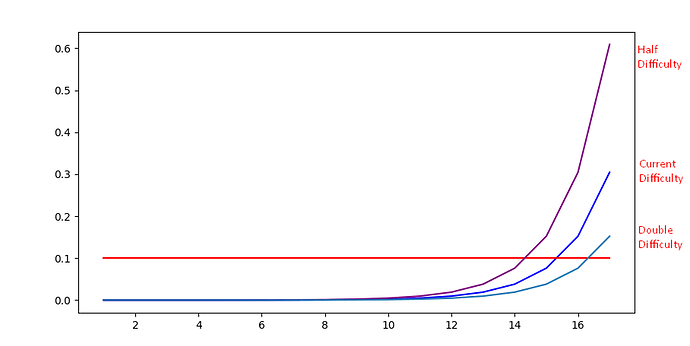 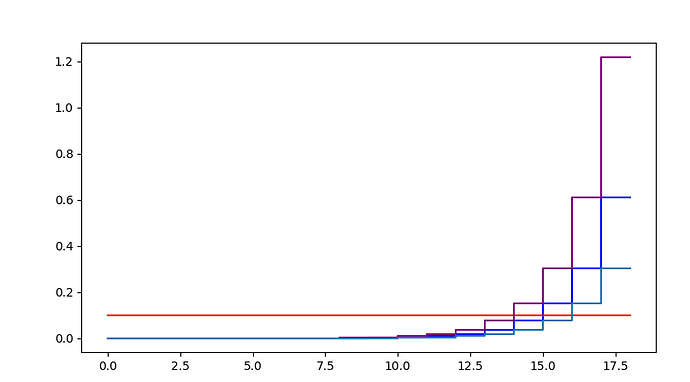 An overview of Difficulty bomb and EIP-3554 by @MadeofTin As far as I understand – miners will start feeling this bomb someday in June 2022 and then it’ll be more and more noticeable.
But they still will be able to mine till ~June 2023 with a lot less rewards / lot more effort?
Or is this a race between difficulty bomb and the PoS transition?

Sorry if those are dumb questions, just spend a week trying to analyse miner’s perspectives and I’m still kind of lost. Warm hugs to @MadeofTin for his interview, it got me some insights on the process.

I would love this answered. Is your statement accurate?

Would love to hear response for @zemek if mining will still be possible with a lot fewer rewards after POS (and for some time it will be a hybrid model) or once POS is there it will be not a single block to mine?