What is the time frame for this?
My main problem for this EIP is that there is no clear champion taking leadership around this change.
The only one to be hurt by the current situation are end users.

Further preliminary data: minimum gas fee “safe low” is gravitating towards multiplies of 5:
The histogram looks gaussian around 10 gwei but also like exponential decay at around 1+

It suggest that there is very large demand for getting sub 1 gwei transactions cleared - but question is what’s the limit of ETH network in this regard?

What’s the optimal gas fee that’s a compromise between UX and maximising the security of the network and network value? 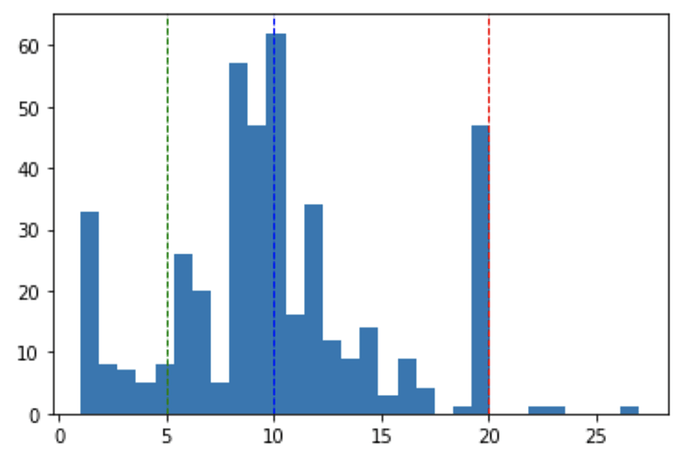 @guthlStarkware we’re targeting Berlin currently.
@kwikiel thanks for these analyses. I’ve seen this graph which may be relevant https://gitcoin.co/gas/history
how are you defining safe low/standard/fast here?
with regards to donating money, we are coordinating partners and budgets at the moment.
we should have updates shortly.